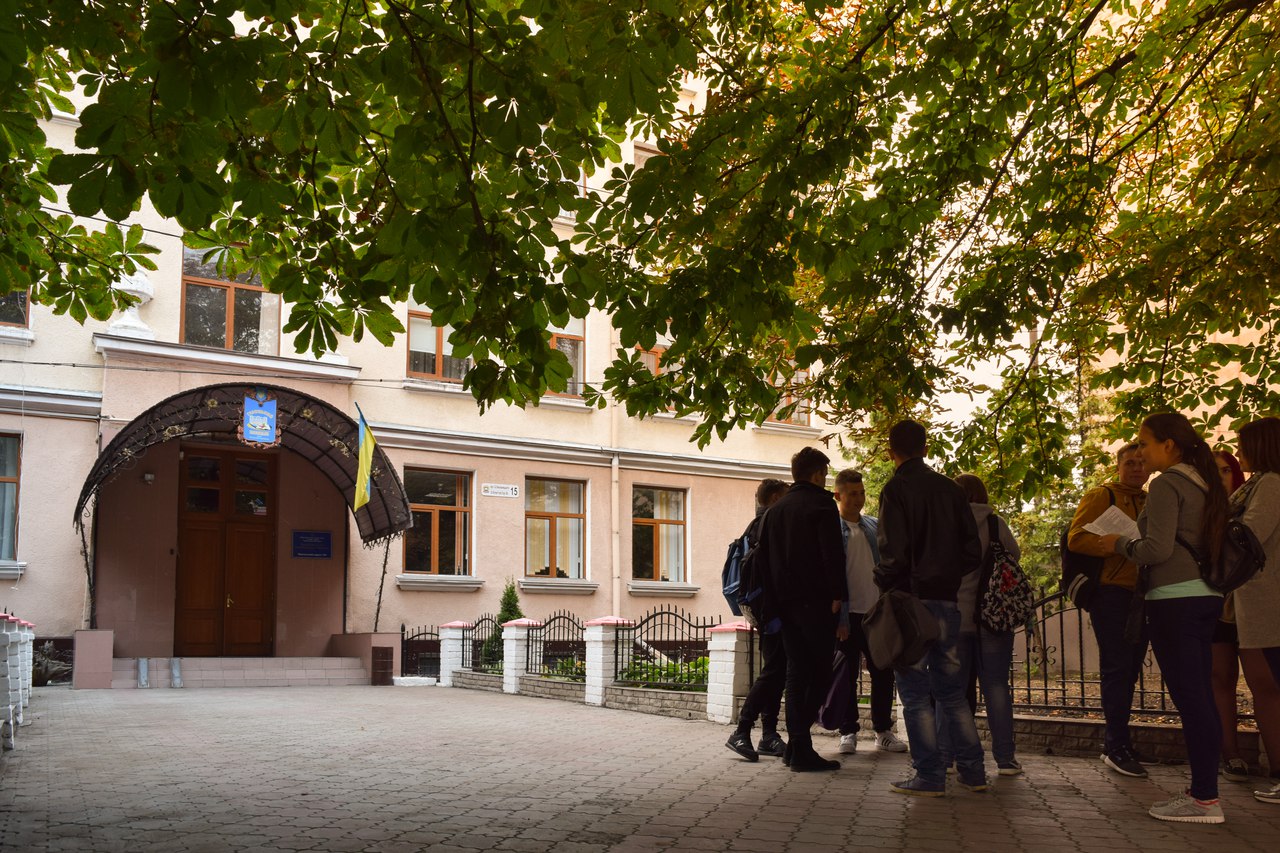 Vyacheslav Chornovil Halytskyi College is an institution of dynamic development, where, respecting traditions, they keep pace with innovations.
The educational institution was established in September 1997 on the eve of the Second Holy Day and City Day. Three worthy Viacheslavs (rector of Kyiv Mohyla Academy Viacheslav Briukhovetskyi, then-mayor Viacheslav Nehoda, and MP Viacheslav Chornovil) were involved in the opening.
Since January 2003, Halytskyi College has been named after Viacheslav Chornovil. The real gem of the college is an exemplary museum. In October 2011, the gymnasium "Harmony” as a structural subdivision was created at Halytskyi College.
The most valuable talisman for the student community is the Church of the Blessed Virgin, built in May 2015 on the territory of the educational institution. Freshmen and graduates traditionally gather in the courtyard of the student church every year to receive blessings for further study or successful continuation of the chosen path of life.
The college has its traditions. During the years of its existence, considerable experience of pedagogical mastery in basic disciplines has been accumulated, numerous creative scientific-pedagogical team of like-minded people has been formed, which provides training of highly qualified specialists in different specialties and professions. The College has created the conditions for personal and professional development: new well-equipped labs equipped and computer classrooms, have free access to online resources, a rich library.
In October 2017, the college celebrated its 20th anniversary. For more than twenty years of its existence, Halytskyi college has given a permit for independent life to about 6 thousand students. Most of them successfully realized the start-up potential obtained within the walls of their native alma mater while continuing to work in their chosen profession. The teaching staff and students of the educational institution work in the conditions of constant intellectual anxiety, searches, and discoveries, striving to make the world more perfect, harmonious, and fair.
The name was changed, some specialties were closed and others were opened, although the formation of a nationally conscious, highly qualified, and competitive specialist remained unchanged. Halytskyi College has occupied a significant niche in the system of higher education in Ternopil and the country as a whole.
Today the College successfully operates structural units: the law department, the computer and publishing technology department, the economy and tourism department, the design department, the vocational education department, and Gymnasium Harmony. Since 2017, in addition to training skilled workers and professional junior bachelors, bachelor training was licensed in the specialties "Law" and "Hotel and Restaurant Business", and from the end of 2019 - in the specialty "Journalism".
Halytskyi college will continue to fulfill its high mission with honor and dignity, respect for the past, and faith in the future.